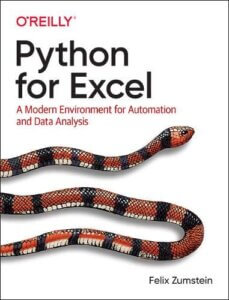 While Excel remains ubiquitous in the business world, recent Microsoft feedback forums are full of requests to include Python as an Excel scripting language-in fact, it’s the top feature requested. What makes this combination so compelling? In this hands-on guide, Felix Zumstein- creator of xlwings, a popular open source package that allows the automation of Excel with Python-shows experienced Excel users how to integrate these two worlds efficiently.

Excel has added quite a few new capabilities over the past couple of years, but its automation language, VBA, stopped evolving a long time ago. Many Excel power users have already adopted Python for their daily automation tasks. This guide gets you started.

Practices of the P...