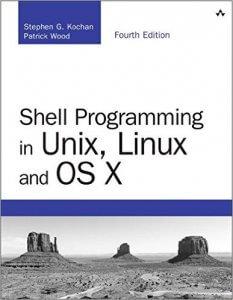 Shell Programming in Unix, Linux and OS X is a thoroughly updated revision of Kochan and Wood’s classic Unix Shell Programming tutorial. Following the methodology of the original text, the book focuses on the POSIX standard shell, and teaches you how to develop programs in this useful programming environment, taking full advantage of the underlying power of Unix and Unix-like operating systems.

After a quick review of Unix utilities, the book’s authors take you step-by-step through the process of building shell scripts, debugging them, and understanding how they work within the shell’s environment. All major features of the shell are covered, and the large number of practical examples make it easy for you to build shell scripts for your particular applications. The book also describes the major features of the Korn and Bash shells.