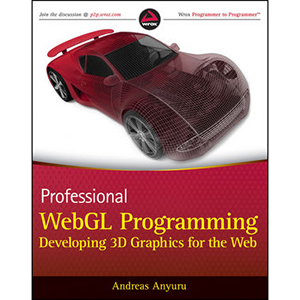 Everything you need to know about developing hardware-accelerated 3D graphics with WebGL!

As the newest technology for creating 3D graphics on the web, in both games, applications, and on regular websites, WebGL gives web developers the capability to produce eye-popping graphics. This book teaches you how to use WebGL to create stunning cross-platform apps. The book features several detailed examples that show you how to develop 3D graphics with WebGL, including explanations of code snippets that help you understand the why behind the how.

You will also develop a stronger understanding of WebGL development from coverage that:
Provides a comprehensive overview of WebGL and shows how it relates to other graphics-related technologies
Addresses important topics such as the WebGL graphics pipeline, 3D transformations, texturing and lighting
Teaches you how to write vertex shaders and fragment shaders for WebGL
Includes a lot of useful guidelines, tips, and tricks for WebGL performance optimizations

Professional WebGL Programming is the first book on the market to delve into this fascinating topic and it puts you on your way to mastering the possibilities that exist with WebGL.

Ready to develop web games and applications with the same high-quality, real-time 3D graphics featured in the most popular native apps? Professional WebGL Programming shows you how, getting you up and running in no time with the knowledge and skills you need to create stunning, graphically sophisticated games and web apps that run on most web browsers. Featuring clear, step-by-step guidance, expert tips and skill-building exercises, supplemented with detailed, hands-on development examples, it covers all the bases, including:
WebGL basics
WebGL versus other graphics technologies
Relevant linear algebra
Troubleshooting and debugging techniques
Drawing with the WebGL API
Compact JavaScript Libraries and 3D Transformations
Writing vertex shaders and fragment shaders
Texturing and lighting
Animation and user input
OpenGL ES Shading Language
WebGL performance optimisation

From WebGL basics to building stunning 3D graphics and animations from the ground up, Professional WebGL Programming is your total guide to taking full advantage of this powerful web development technology.

Build Your Own Web...