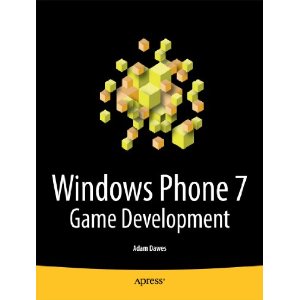 内容简介：
Windows Phone 7 is a powerful mobile computing platform with huge potential for gaming. With “instant on” capabilities, the promise of gaming on the move is a reality with Windows Phone 7 devices. It’s an ideal environment for .NET developers looking to create fun, sophisticated games for large audiences.

Windows Phone 7 Game Development will guide you through all of the stages required to develop your own games for the Windows Phone 7 platform using the powerful industry standard .NET programming environment and the C# programming language within Visual Studio 2010. You’ll be guided though using Silverlight and XNA for the presentation layer of your games. You’ll also see the inner workings on the Windows Phone, and learn to take advantage of the phone’s gaming capabilities. Finally, you’ll receive instructions on distributing your applications through the Windows Marketplace for Mobile.

How to get started with Windows Phone 7 development, from setting up the IDE to debugging techniques.
Develop using the free or full versions of Visual Studio 2010.
Master high performance 2D and 3D graphics using the XNA development environment.
Build 2D games using Silverlight and also learn how to publish them to the web.Find out the best ways to control your games, including using touch screens, keyboards and accelerometers.
Produce high quality music and sound effects from your games.
Masses of example code and working projects, including two example games, “Cosmic Rocks” and “Diamond Lines.”
All you need to release your games to the world for fun or to sell.

此书所为何人？
Windows Phone 7 Game Development is aimed at those with an existing background in programming and knowledge of one of the two main .NET programming languages (C# or VB). No prior knowledge of programming for Windows Phone 7, its primary presentation technologies (Silverlight and XNA), or programming games in general is needed. This book will guide the reader through the steps required to become proficient in all of these areas of development.

作者简介：
Adam Dawes is a software developer and systems architect working at a cutting edge online service development company. He has been a compulsive programmer since the age of four, when he was first introduced to a monochrome Commodore PET. The love affair has continued through three subsequent decades, flourishing through the days of the 8-bit dinosaurs to today’s era of multi-core processors and pocket supercomputers. A constant throughout all of this has been Adam’s fondness of computer games. From the very first time Nightmare Park displayed its devious maze of pathways in green symbols back in 1980, he has been a games player across a variety of genres and styles. These days he spends his spare time playing the latest 3D titles on his PC, or enjoying some of the classics in his stand-up arcade machine or sit-in cockpit driving cabinet. Creating his own games has always been a hobby and while he has no intention of becoming part of the professional games industry, he has a lot of fun developing his own titles nonetheless. Adam lives with his wife Ritu and son Kieran in the south-east of England.

The Truth About St...