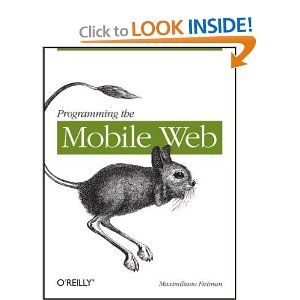 内容简介
Today’s market for mobile apps goes beyond the iphone to include BlackBerry, Nokia, windows phone, and smartphones powered by android, webOS, and other platforms. If you’re an experienced web developer, this book shows you how to build a standard app core that you can extend to work with specific devices. You’ll learn the particulars and pitfalls of building mobile apps with HTML, CSS, and other standard web tools.

Learn how to use your existing web skills to move into mobile development
Discover key differences in mobile app design and navigation, including touch devices
Use HTML, CSS, JavaScript, and Ajax to create effective user interfaces in the mobile environment
Learn about technologies such as html5, XHTML MP, and WebKit extensions
Understand variations of platforms such as Symbian, BlackBerry, webOS, Bada, Android, and iOS for iPhone and iPad
Bypass the browser to create offline apps and widgets using web technologies

关于作者
Maximiliano Firtman is a developer focused on mobile and RIA development. He is a professor in web and mobile technologies, and founder of ITMaster Professional Training. He is author of many books in Spanish, including books on Java ME, ASP.NET, AJAX and Professional Web 2.0.

He is founder and manager of ARFUG (Argentina RIA & Flex User Group), an official Adobe User Group covering many RIA technologies, including AJAX, Flex, AIR and Silverlight. He has spoken at conferences in Spanish and English and published dozens of articles in magazines (.CODE, Users) and online (MaestrosDelWeb, Forum Nokia).

He has been a Forum Nokia Champion since 2006, and has developed many mobile projects as MobileTinyURL.com and widgen.com.

He is an expert in AJAX, Adobe Flex, Java ME, Widgets for Mobile and iPhone development.

The Elements of Us...